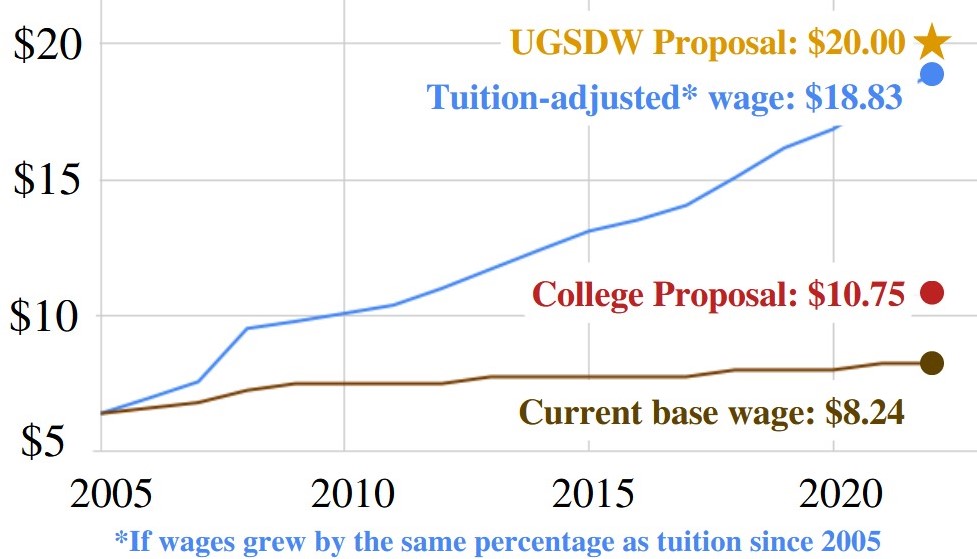 Why are we asking for $20? Grinnell currently ranks dead last in its base wage ($8.24/hr) among comparable institutions. We’re also lowest when calculating base wage as a percentage of comprehensive fee (0.011%) compared to these institutions and other central Iowa institutions. The College’s proposed base wage, $10.75/hr, would only bring this percentage to 0.014% of its comprehensive fee (see the UGSDW wage proposal email for more details). Student workers know that $10.75 an hour isn’t enough to support ourselves, and that it’s about time the College properly compensate us for the work that we do.

Our fight for a $20 wage at Grinnell is part of a larger movement of student workers across the country demanding more from their institutions. Over 40,000 research and teaching assistants at the University of California have been on strike since November 14 in the US’s biggest strike of the year. UC student workers have demanded a 125% increase in salary and a yearly Cost of Living Adjustment to keep up with rising rent costs. Similarly, student dining workers at Dartmouth College are demanding $21 an hour (from a current base wage of $13/hr) in response to their college’s opening proposal of $18 an hour.

Our demand for $20 is made in solidarity with student workers across the country fighting for a higher wage. Grinnell can set a nationwide standard for paying student workers what they deserve. By following the example of striking UC workers and Dartmouth dining workers, we can make it much easier for every student worker at Grinnell to pay our tuition, get groceries, and stay afloat while attending one of the richest institutions in the country. 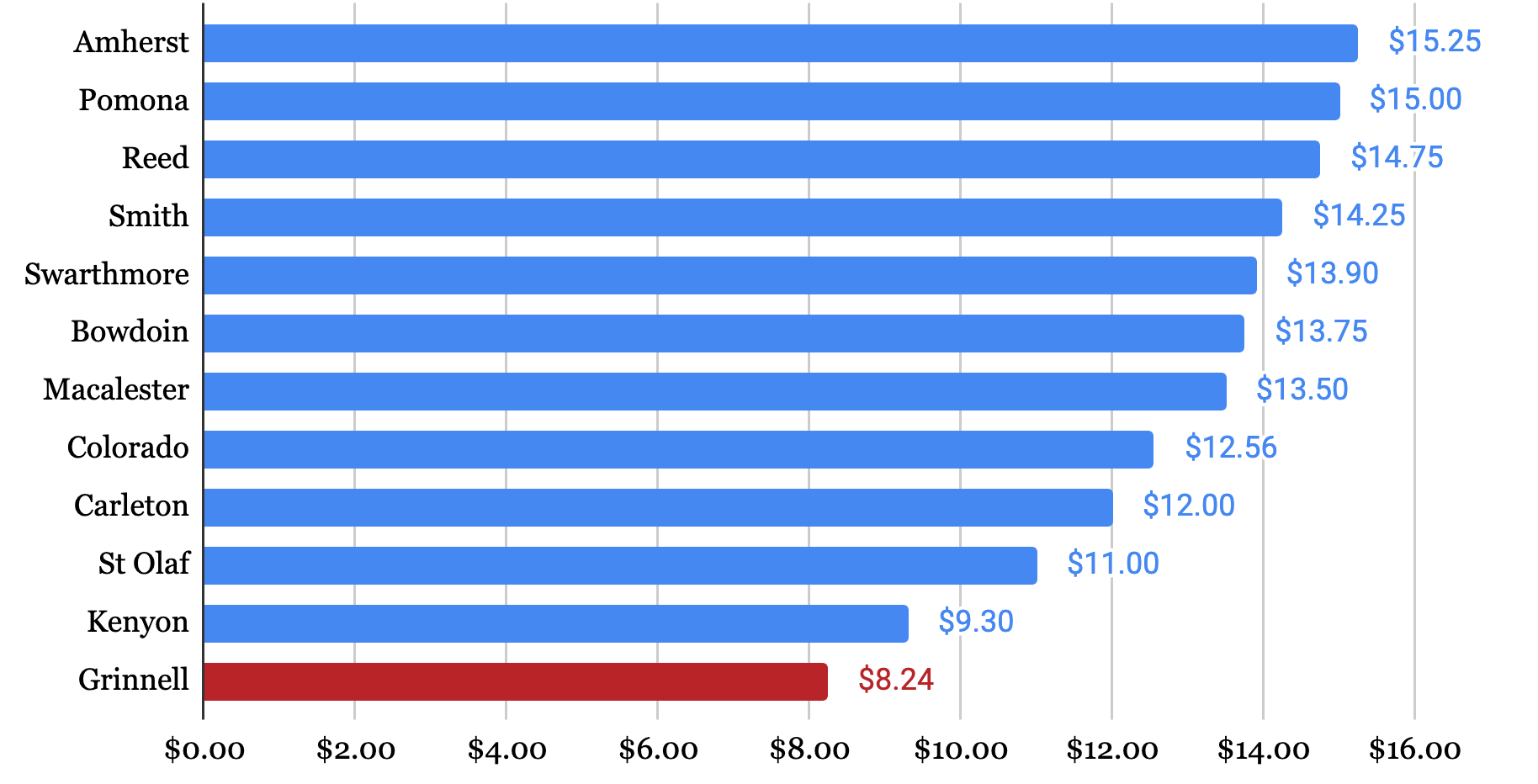 UGSDW’s Proposal will let us be students first 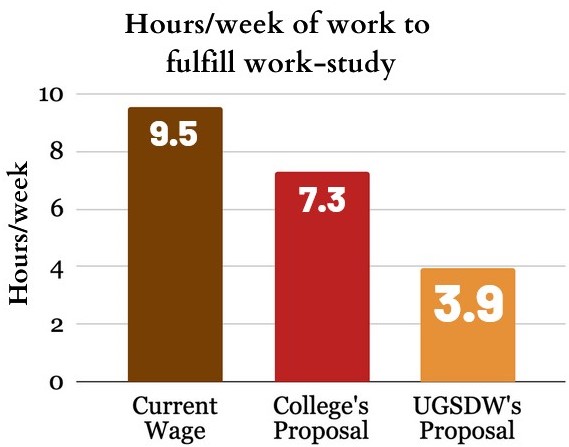 Union members! Check your email for a link to vote via Google Form on our wage proposal!