Preceding a meeting with the College, the Union of Grinnell Student Dining Workers received an email from Vice President of HR Jana Grimes at 8:36 a.m. on the morning of Thursday, Nov. 18. The email included a document partially titled “In Preparation for our meeting today,” which contains the following sentence:

“Certain actions such as pressuring or intimidating a supervisor or other staff members to achieve demands, if they continue, would also be in violation of College policies and could result in a College conduct process, as well as claims by employees that they have been exposed to a hostile work environment.”

During the meeting between the College and UGSDW, Grimes clarified that the specific incident of “pressuring or intimidating a supervisor” consisted of 15 student workers participating in Jeanette Moser’s “Meet w/Dining Director’’ event as it was advertised. The event description invited dining workers to share their concerns about their work, which student workers did, while emphasizing that the Union’s demand for a $15 wage was the only sufficient response to these concerns. When Moser indicated that she did not have the power to change this wage, student workers respectfully asked her to pass on our demands and concerns, which Moser agreed to do. At no point did student workers do or say anything beyond the nature of the event as outlined by Dining Services on the College’s calendar. The attached picture was taken at the event in question. 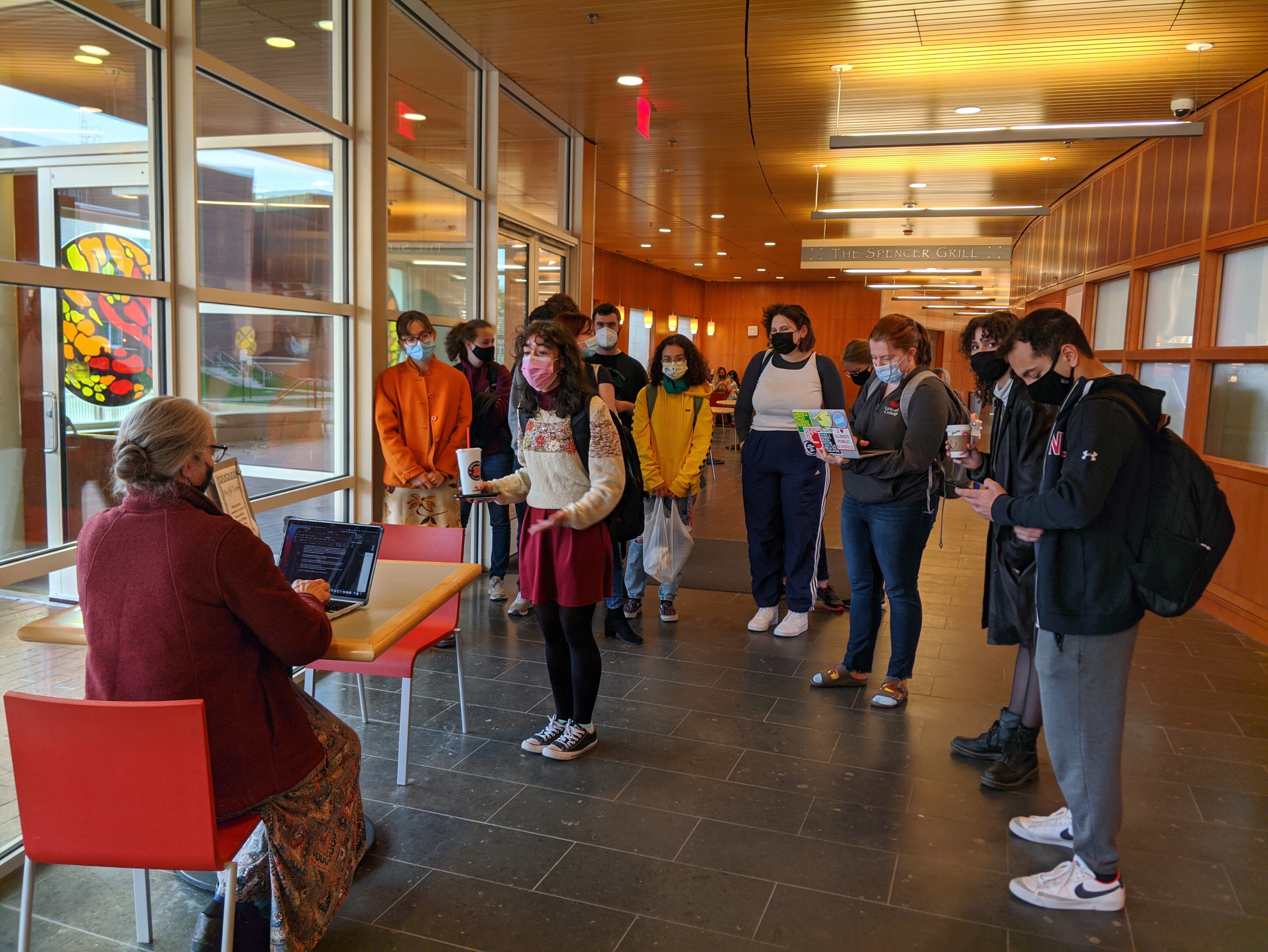 Furthermore, the College’s threats are against the law. The National Labor Relations Act protects “concerted activity” by workers, including making complaints about the terms and conditions of their employment to their supervisors. Threatening workers for engaging in protected concerted activity, exactly what the College did, is unambiguously illegal.