GRINNELL, IOWA — On Thursday, December 13, in recognition of the national consequences of our fight, and the flimsy possibility of a fair ruling before the Trump labor board, UGSDW’s Expansion Committee filed a request to withdraw its NLRB petition with the regional office in Minneapolis. 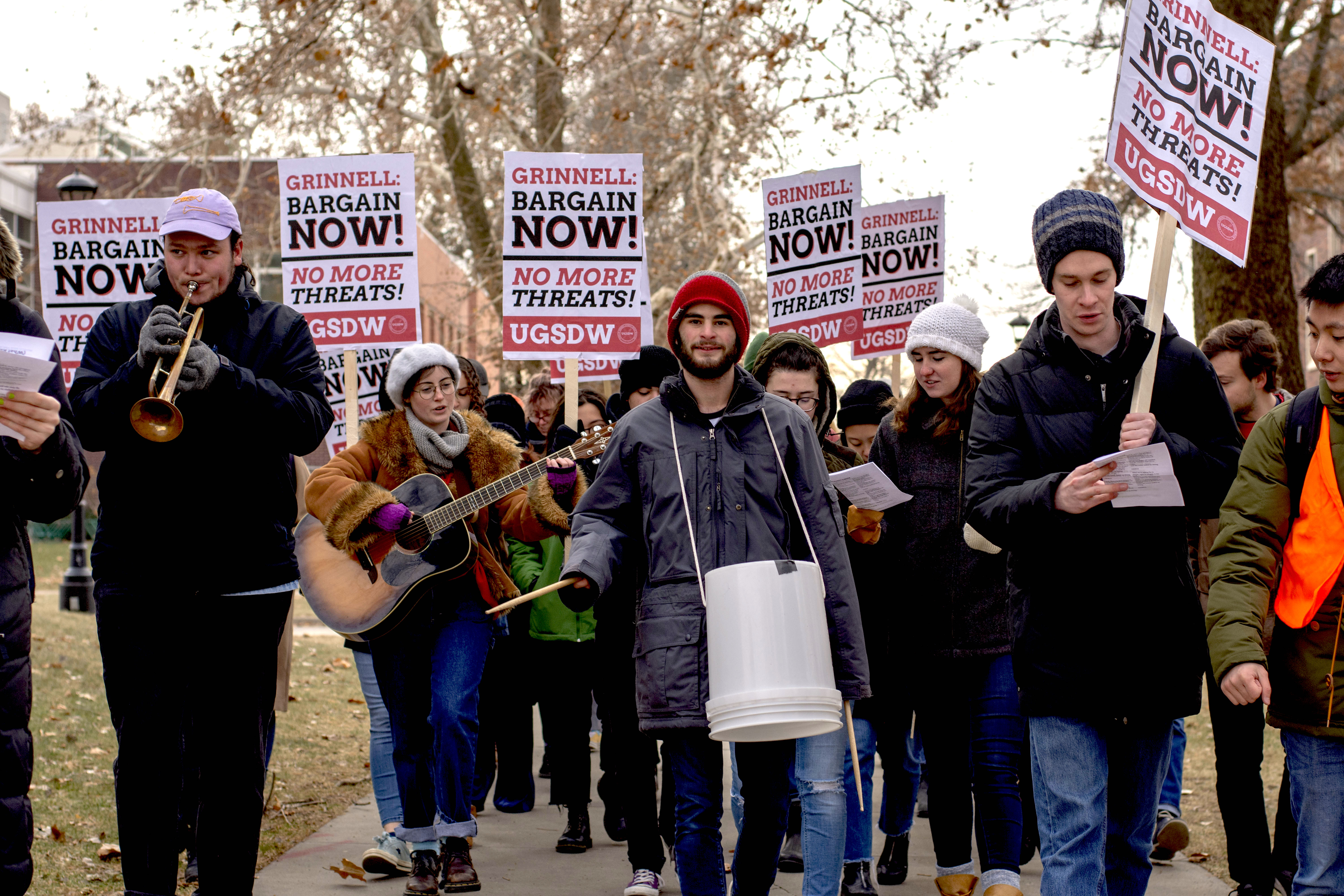 On Friday, December 14, UGSDW was informed that Grinnell College is opposing our withdrawal request. The college has maintained that its goal is to revoke our NLRB certification; this withdrawal request would do just that. By opposing our request, the college has made it clear that despite President Kington’s explicit public statements to the contrary, the college’s true motivations are to strip student workers nationwide of their right to organize and set the labor movement back a decade. This is despicable.

Historically, the labor movement has advanced not through court decisions and government institutions, but through the collective power of working people. We continue to call on Grinnell College to negotiate with us over a framework to move forward and protect students’ rights. They are under five separate federal investigations for alleged violations of labor law, including illegal statements, surveillance, and threats. UGSDW will not flag in its fight for the rights of student workers, at Grinnell and across the nation, to organize and bargain collectively.