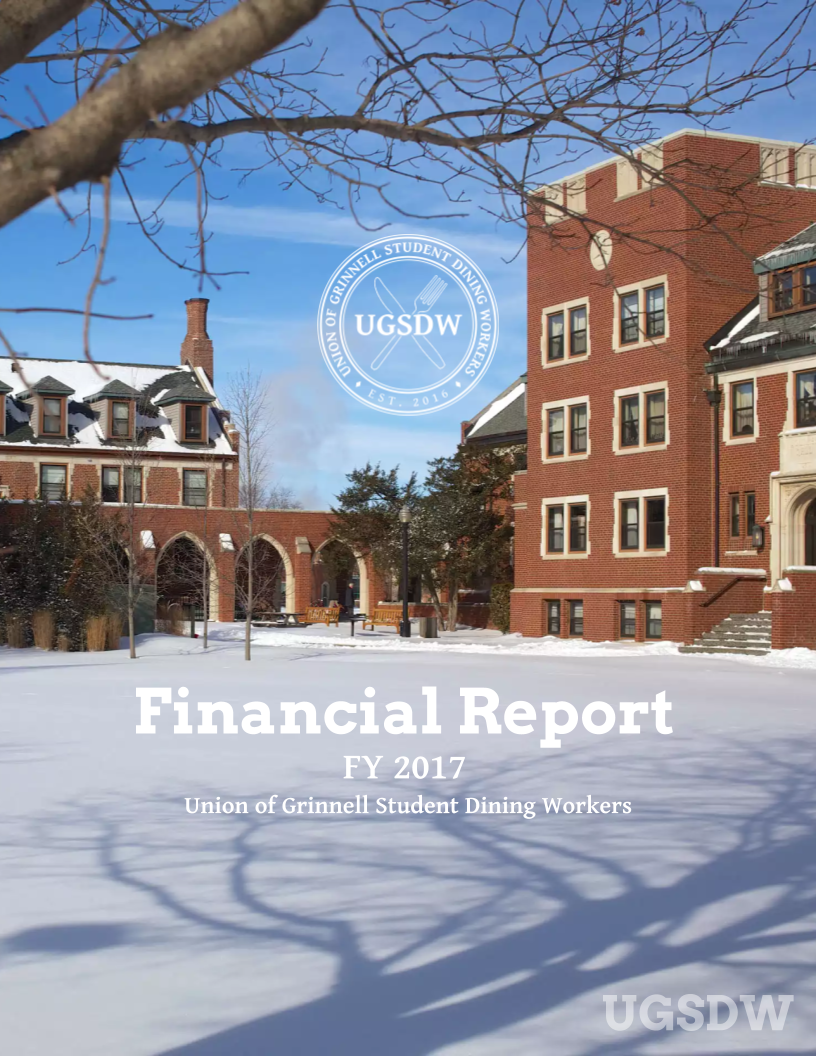 GRINNELL, IOWA — The Union of Grinnell Student Dining workers today released its end-of-year financial report for fiscal year 2017. The financial report details the Union’s assets, liabilities, revenues, and expenses from June 2016 through May 2017.

“Transparency is important for all nonprofits, but especially for unions,” says Cory McCartan, UGSDW president. “Members should know how their dues are being spent and how the union manages its finances.”

Financial and government reports can be found on the About page.