GRINNELL, IOWA — Members of the Union of Grinnell Student Dining Workers (UGSDW) voted unanimously Saturday to ratify a new two-year contract with Grinnell College, ending a months-long dispute over cost-of-living adjustments for dining hall employees. Beginning next week, wages will increase 2.7% to $9.50 per hour from $9.25 per hour. UGSDW had originally proposed $9.60 per hour. Starting in July 2018, wages will increase again, in proportion to the raise received by other support staff at the college. 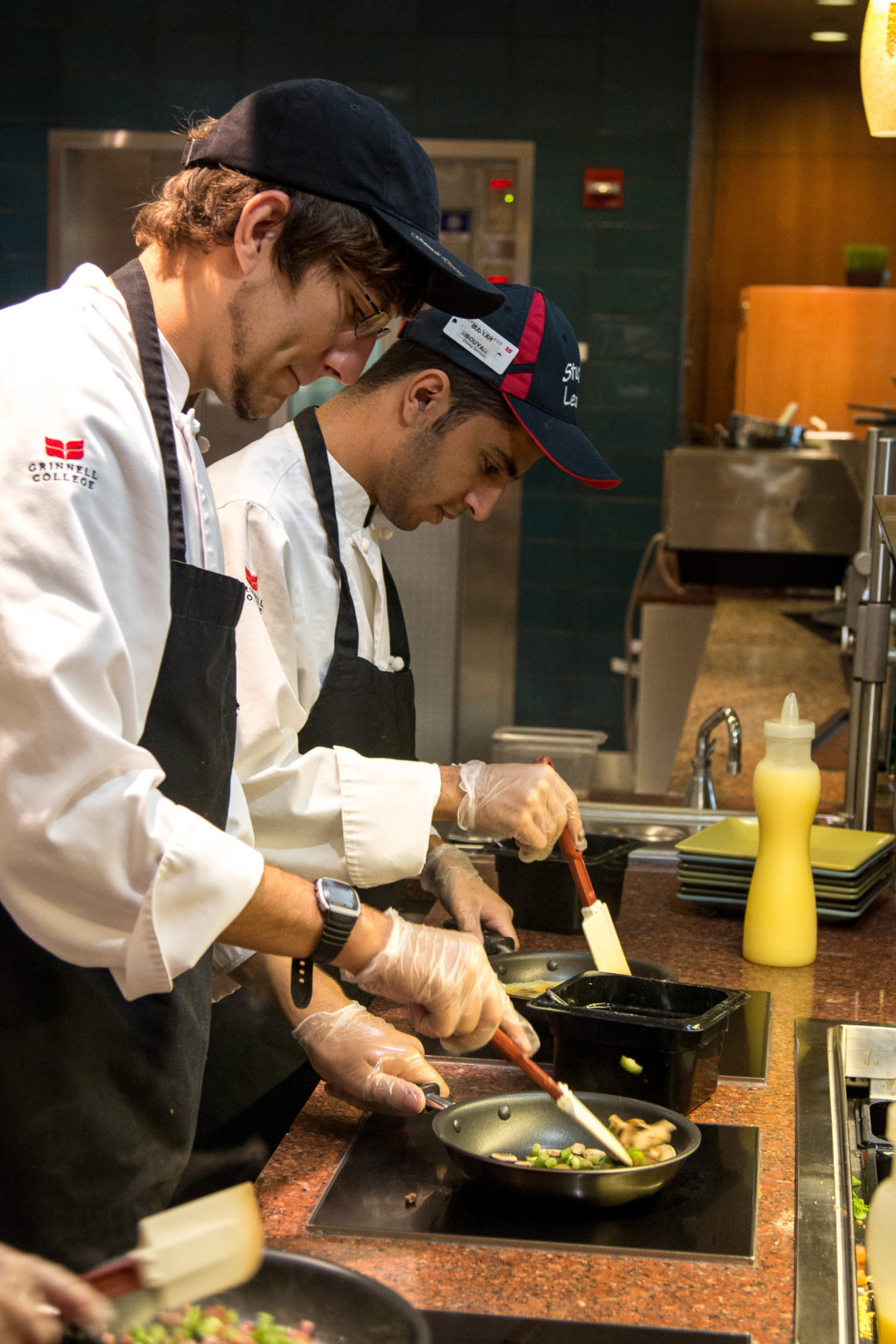 Grinnell’s newest offer came in response to informational postering by the union, and a work-to-rule slowdown on Labor Day. UGSDW members had rejected the previous two “final offers” of the college by large margins.

“I am very pleased with the agreement,” said UGSDW president Cory McCartan. “For the first time, Grinnell has recognized that student workers deserve cost-of-living adjustments just like any other staff. We’re in a very different place than we were four months ago.”

The new agreement also expands the current experience pay system, allowing workers to earn higher bonuses if they continue to consistently work over 110 hours per semester. The maximum wage under the new contract is $11.15 per hour, up from $10.75. Other changes in the contract include a new arbitration procedure, new monthly health and safety meetings, and automatic dues deduction for members.

“I’m excited that we have had strong involvement from the class of 2021,” said Rachel Bass, UGSDW secretary. “I am optimistic that their involvement and the progress we have made with the administration will help build institutional memory and support for regularly raising wages for students and staff inside and outside of Dining Services.”