This morning, National Labor Relations Board (NLRB) officials announced the final vote count in the election to expand the Union of Grinnell Student Dining Workers (UGSDW) to every hourly student workplace at Grinnell College. Student workers voted overwhelmingly to unionize, with 327 voting yes and 6 voting no. 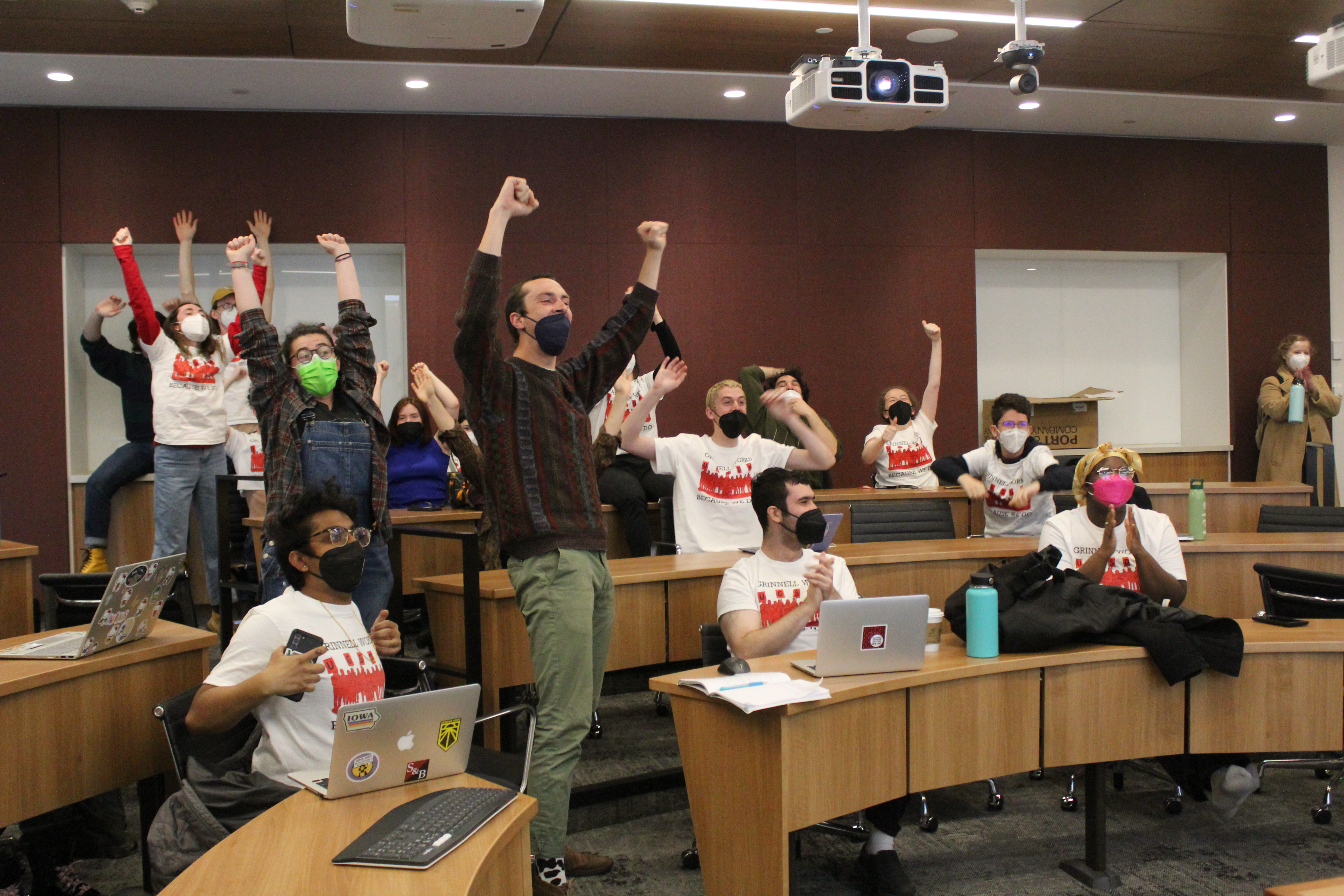 The vote count, originally scheduled to take place on April 21, was delayed until today, April 26 due to a toxic gas leak in the NLRB building in Minneapolis.

Our victory is the culmination of five years of organizing. After becoming the first independent undergraduate union to win recognition in 2016, we began our fight to expand to all student workplaces in 2017. With today’s result, we overcame years of union-busting by a multi-billion dollar institution, which tried to quash our efforts by enlisting one of the nation’s top union-busting law firms and hiding behind Trump’s anti-labor appointees to the National Labor Relations Board. Countless student workers have contributed to this struggle over the years.

This is a victory by and for student workers — and we alone deserve the credit. The College has stated that it “makes every effort to maintain strong partnerships with the unions on campus” and “did not oppose the efforts to form a union to represent student dining services workers in March 2016.” The College fails to mention that they opposed UGSDW expansion efforts at every turn, and it was only when student workers built enough power to force their hand that the College reluctantly respected our right to unionize.

Our fight is far from over. When we sit down at the bargaining table, we will fight for what student workers need — and win. Our strength in bargaining is a reflection of the collective power we have built. The fight for higher wages, stronger protections and better working conditions begins and ends with our collective action as workers.

Grinnell is part of a nationwide wave of undergraduate student worker unionization. Our historic election follows victories at Dartmouth, Wesleyan, and an impressive ongoing strike at Kenyon. Our movement grows every day, and we are in contact with student workers organizing on campuses across the country. As we prepare to fight and win on our campus, we are also building a militant labor movement for working people everywhere.