On Thursday, October 7, at 11:15 a.m., mailroom workers organizing with UGSDW delivered a set of demands to supervisors Kim Hegg and Payton Ronfeldt. They are demanding the supervisors cease making racist comments and misgendering workers, which has created a hostile work environment with few protections for workers. They are also demanding a wage increase to $10 an hour, a point system to prevent unjustified firing, and more changes that would protect mailroom workers and improve conditions at the workplace. More information on the workers’ demands can be found below.

These demands come after weeks of organizing by mailroom workers. Workers have expressed disapproval of many mailroom policies for years, including a pay disparity between cashiers and all other workers. Cashiers are selected solely by supervisors, and receive 51 cents more per hour than package handlers despite performing similar work. Multiple package handlers with more experience have trained newly hired cashiers but continue to make a lower wage.

Kim Hegg and Payton Ronfeldt have consistently misgendered transgender workers in the mailroom, refusing to even attempt to respect their identities, leaving transgender workers and ally coworkers feeling unsafe to correct them. They have misgendered workers immediately after being informed of the worker’s pronouns. They have also repeatedly called workers by the wrong name, including on the schedule, and delayed updating names of transgender students.

Several workers have also reported instances of prejudice towards students’ countries of origin and race. Workers also expressed that Hegg and Ronfeldt have long made passive-aggressive comments to student workers. Without adequate protections against unfair firing, workers have felt unsafe bringing complaints directly to the supervisors. 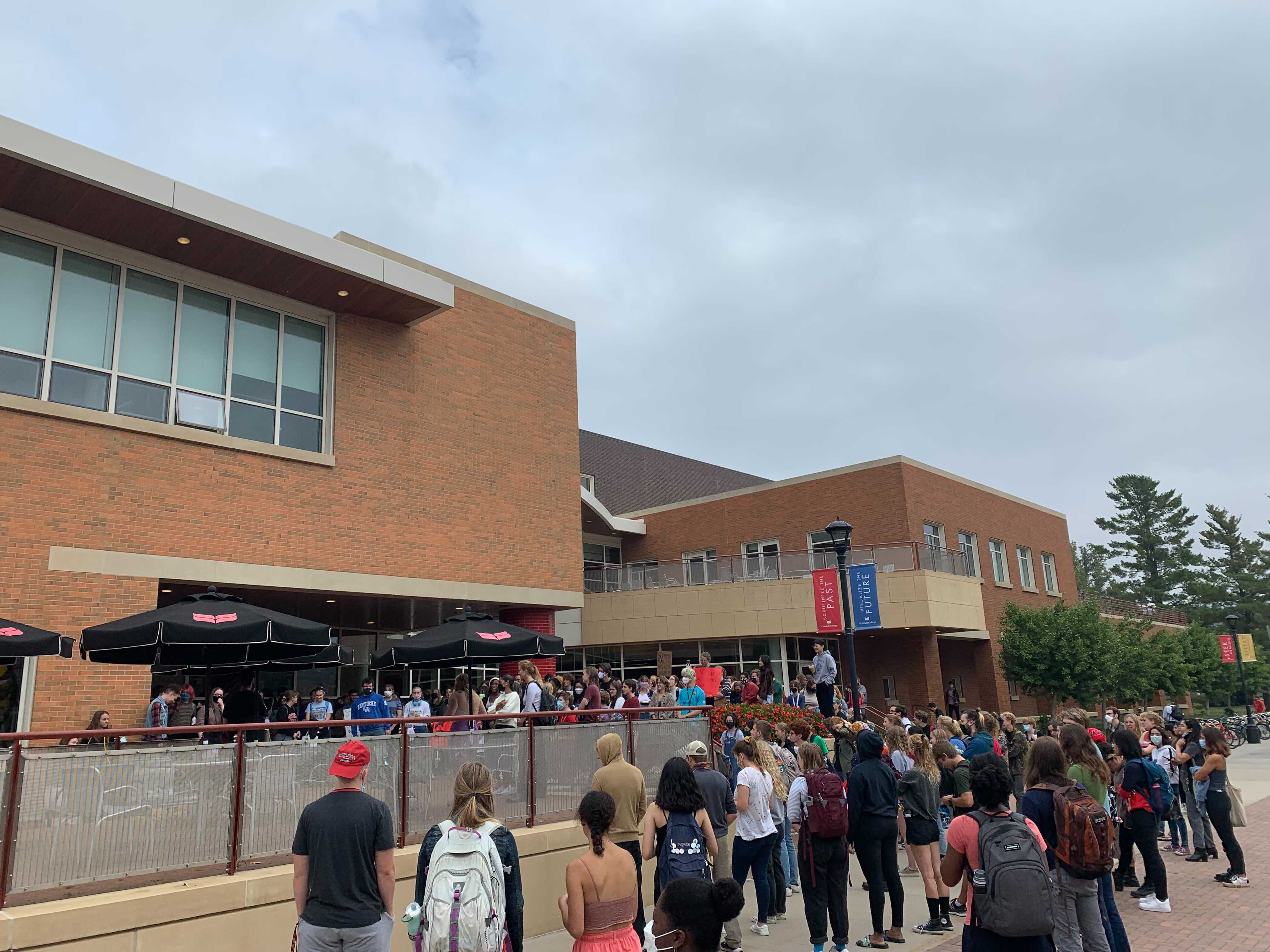 The following are a selection of testimonials from student workers:

Earlier this year, mailroom workers delivered a set of demands in response to inadequate COVID-19 protections. Feeling unsafe in their work environment, their demands included proper use of PPE in the mail room, fair wages to mitigate supervisor bias, and paid COVID-19 leave, among others. These demands were meant to address negligence from Kim Hegg and Payton Ronfeldt surrounding COVID protocol. Hegg and Ronfeldt had said at the time that workers were “young and healthy” and therefore would not be in danger if they contracted the virus. They repeated on multiple occasions a line about COVID-19 being “no worse than the flu.” In response to these demands, the College agreed to five of the eight demands, implementing safety procedures that had not been previously followed despite complaints from student workers. Ronfeldt has continued not to wear a mask in spaces with student workers.

The mailroom supervisors only took adequate precautions against COVID-19 after collective action from student workers. As the experience of mailroom workers in the spring and now in the fall has shown, workers can’t rely on their bosses to have their best interests in mind. Through collective action, workers can fight for and win real improvements on the job. UGSDW reiterates its commitment to support all student workers at Grinnell. We encourage any workers with concerns about their working conditions to reach out for support organizing with their co-workers for collective action.