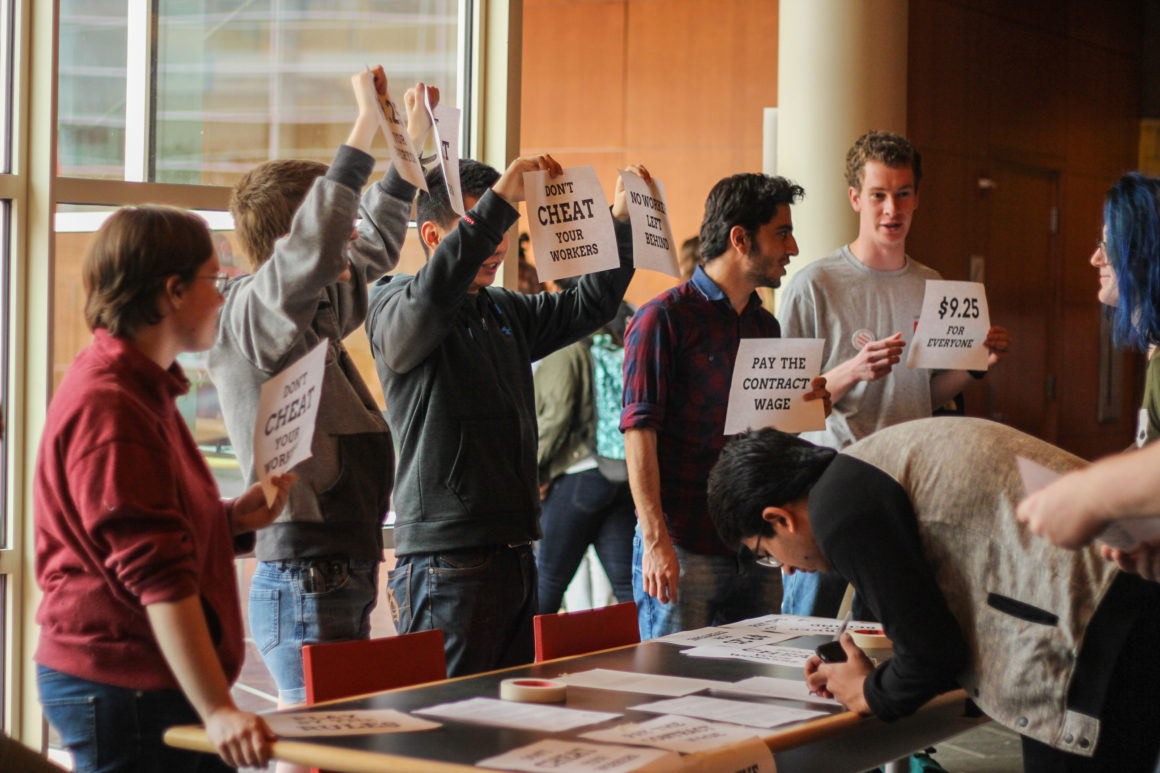 On Monday, April 10, UGSDW members protested Grinnell’s treatment of high school dining workers. Over the lunch hour, workers held signs, distributed flyers, and collected signatures for a petition to the president of the college. The union gathered over 200 signatures, and raised awareness of the college’s outrageous behavior.

Before the protest, union members put up dozens of posters around the dining hall, as well as at the Dining Services offices, the Old Glove Factory, and Nollen House. The petition and signatures will be delivered to Presdient Kington later this week.

Update: The Scarlet & Black has published an excellent article about the protest and the College’s treatment of high school workers.